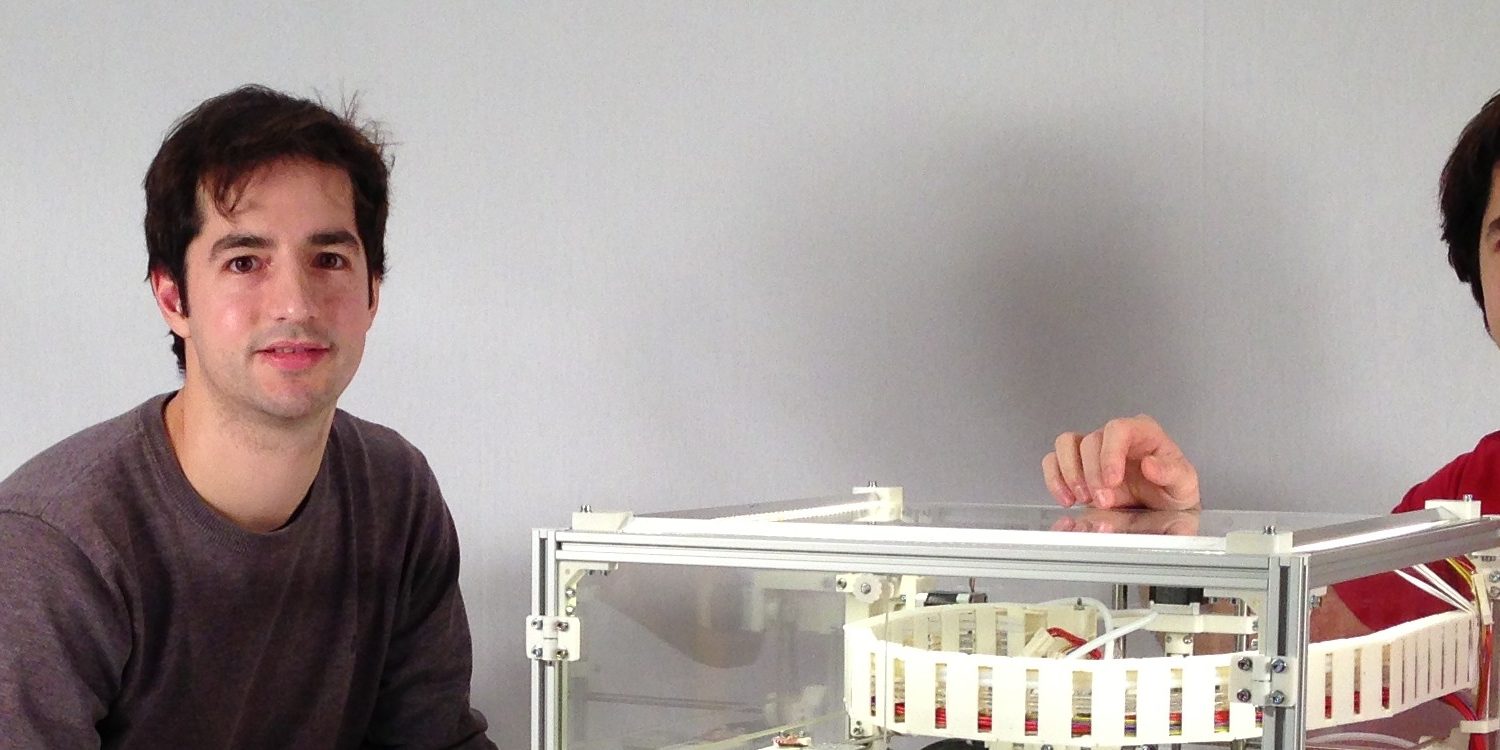 Handcrafting a 3D printer is an awesome experience and we learned a mass months back while printing a first complete set of parts for a RepRap Prusa, our second machine. Short time later the Prusa greatly improved itself with help of some redesigned Parts and both machines set to work day and night fabricating more high quality RepRap 3D printer kits to be sold via eBay.

The results and productivity were satisfying for the moment and more than 50 kits were shipped to destinations all over the world to help more people to build their very own 3D printer. But with our machines running 24 hours continously for several months we soon had to admit that these printers are not primarily made for stresses and strains like this and you will end up investing a fair amount of time for recalibration and replacing broken parts.

We felt that we needed a new kind of machine. Still a true RepRap, but a heavy duty one that is capable of reliably printing big objects from ABS plastic with a minimum requirement for maintenance during daily operation. As we already equipped our printers with makeshift heated enclosures for incredibly increased reliability concerning build plate adhesion/warping this was one major argument to start a development of a printer from scratch, since supplementary supplying a common RepRap like a Prusa with an enclosure didn’t meet our ideal conception. Probably the second most important aim was to design a printer that can be scaled up to even bigger build volumes later, as we were already asked for bigger printers by dozens of people yet.

This is where we made our decision to stop replicating kits of existent RepRap printers, start a business and invest all of our time into developing an entirely new, entirely parametric, heavy duty 3D printer and finally we are ready to publish a first set of photos as well as a lot more details really soon.

So stay tuned, we’ll be back in a minute!

From Prototype to Production
28. November 2013